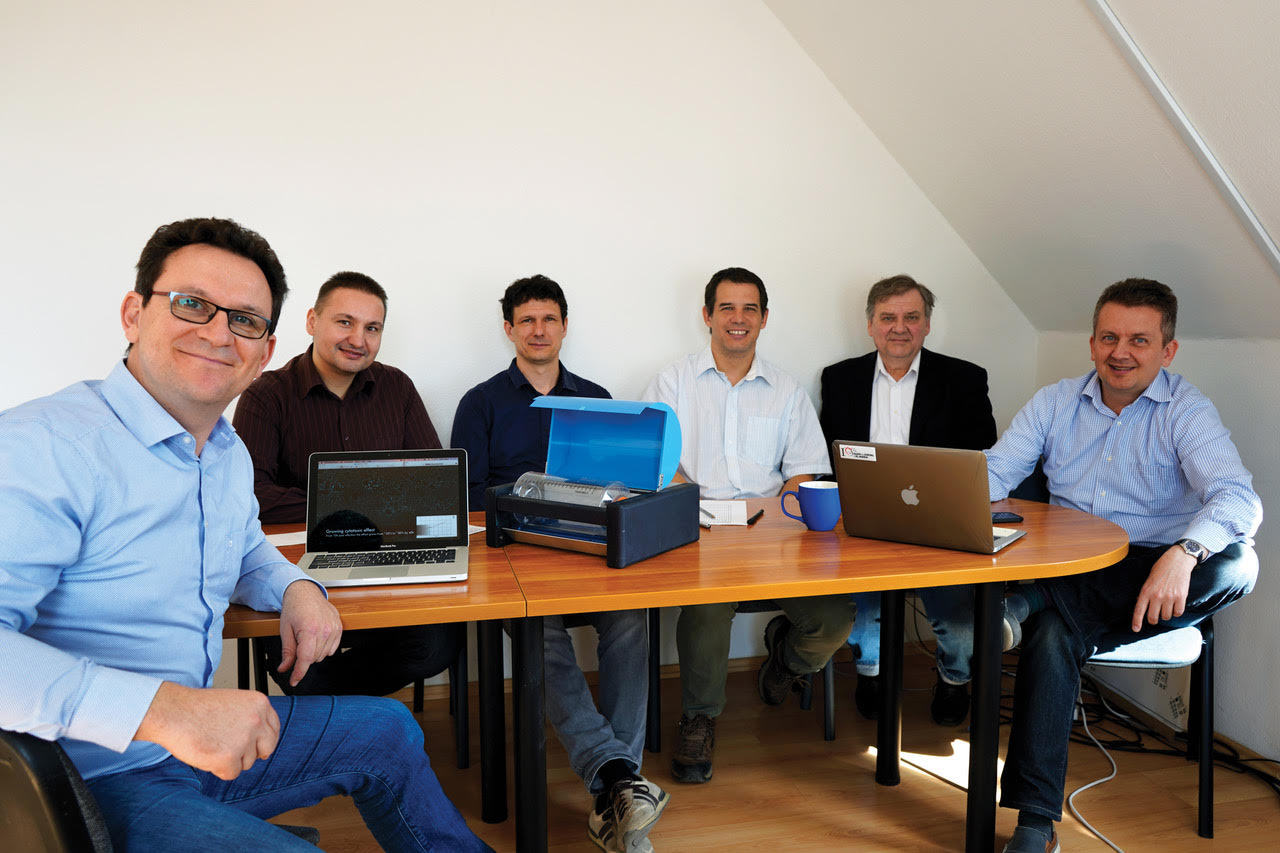 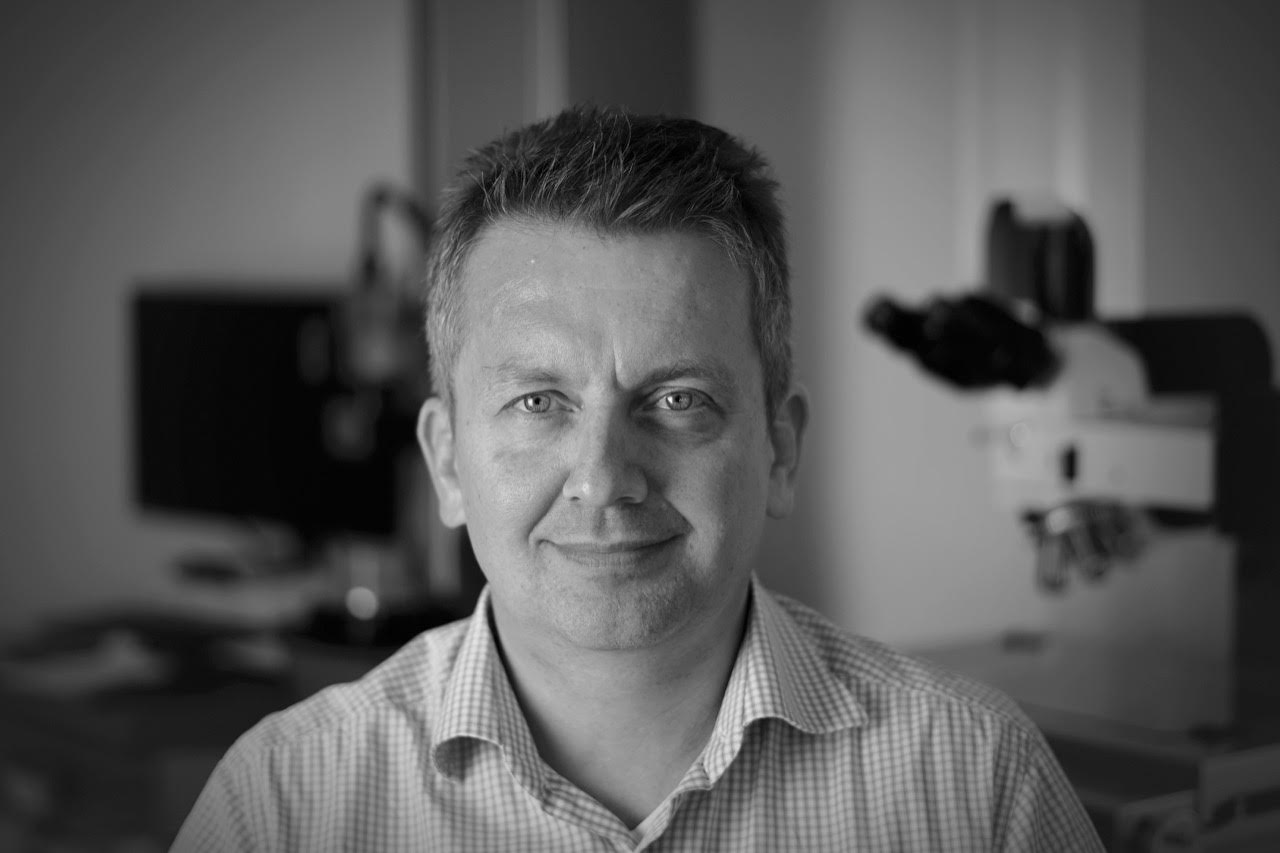 Doctor of veterinary medicine, with PhD in assisted reproduction, Csaba Pribenszky works as an assoc. professor at the University of Veterinary Science, Department of Genetics, in Budapest, Hungary.

One of Csaba’s main research interests is cell stress, field in which his patent applications are granted all around the globe for the method and device to precondition cells with controlled stress. In fact, cell stress research led him to develop, together with his friend Mr. Gábor Juhász, Primo Vision (above mentioned). His team has performed the first embryo transfer where all the embryos of one patient were followed up by time-lapse, one embryo was selected based on morpho-kinetic parameters, and this transferred embryo resulted in the birth of a healthy baby boy. His team pursues time-lapse based on non-invasive embryo selection methods/algorithms for the benefit of human IVF and elective single embryo transfer. He is dedicated to find and utilise the most physiological way of culturing cells while following up their development in order to have the best estimate about their potential. Dr. Csaba Pribenszky has several granted patent applications in EU, USA, Japan and China, authored dozens of peer-reviewed articles and book chapters and presented more than 100 international congresses and workshops. Concerning DLC Imaging, Dr. Csaba Pribenszky will apply his extensive knowledge in the R&D field to head the Biological tests, algorithm Development and different issues concerning prototype design analysis. 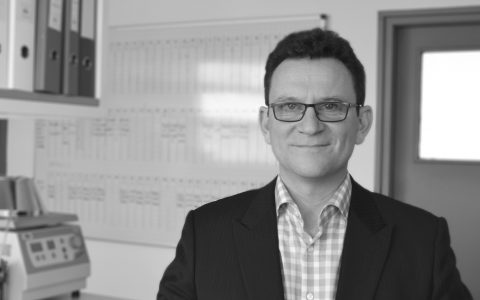 Graduated in Economics from the Budapest University of Economics in 1997, Gábor Juhász worked in sales and marketing positions of multinational companies like Unilever and Diageo for the first 14 years of his career. During this period, he acquired great expertise in helping companies to grow and learn how new and specific markets could be tackled.

In 2010, he made a big step into the unknown when he became CEO of Cryo-Innovation - a biotechnology start-up founded by his friend Csaba Pribenszky. At Cryo-Innovation, they developed Primo Vision (the revolutionary time-lapse microscope for human embryology uses above mentioned). Soon, Gábor and the small team led by him became a leader in time-lapse applications of the human embryology field. After this successful outcome, and from 2012 to 2015, Gábor worked as the general manager of Vitrolife Hungary, a global company contributing products within the IVF field. Nevertheless, in 2013, Gabor’s unstoppable enterprising spirit led him to co-found (together with Mr. Pribenszky) another biotechnology start-up: Applied Cell Technology. The objective of the team was, and still is, to research the effects of high hydrostatic pressure on improving the stress tolerance of living cells.

At DLC Imaging, Gábor will be in charge of the general coordination of ViROSCOPE Project, assuring the successful implementation of commercial and technical goals. 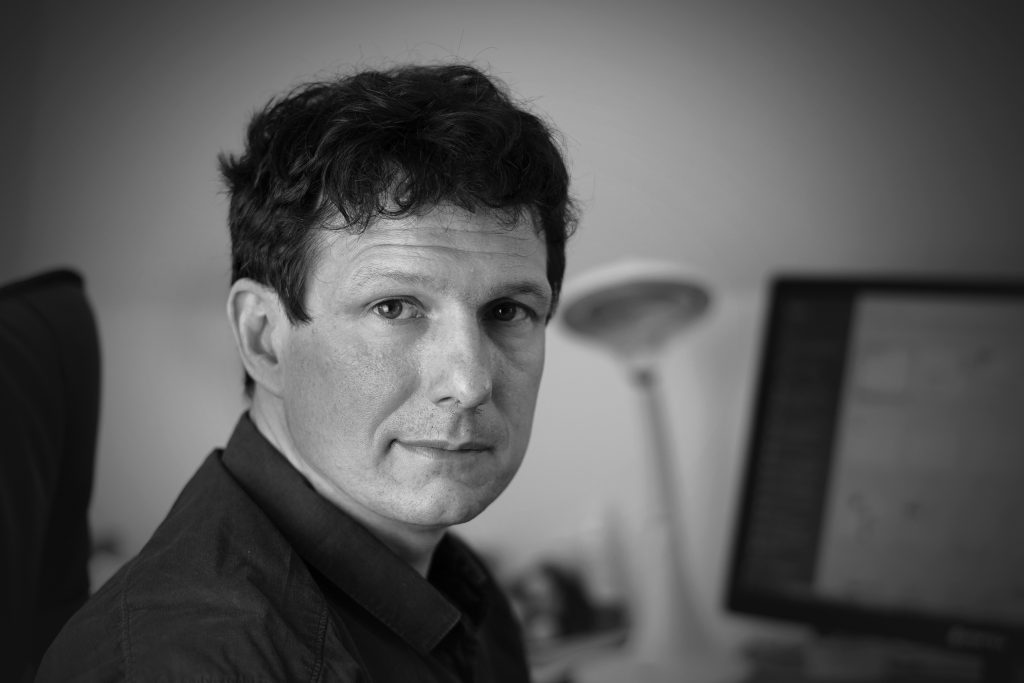 László Domján holds a MSc. Degree in Electrical Engineering from the Technical University Budapest and a PhD Degree in Applied Physics from the Technical University Budapest. Since 2002, László is a founder and the CEO of Optimal Optik Kft., an optical engineering company specialised in the design and development of optical instruments. In Optimal Optik, he led and participated in many industrial and EU granted R&D projects in the field of development and manufacturing of optical instruments. He has published more than 20 scientific papers and conference presentations and holds more than 10 international patents. At DLC Imaging, he will be responsible for ViROSCOPE Software Update and development of decision support algorithms. 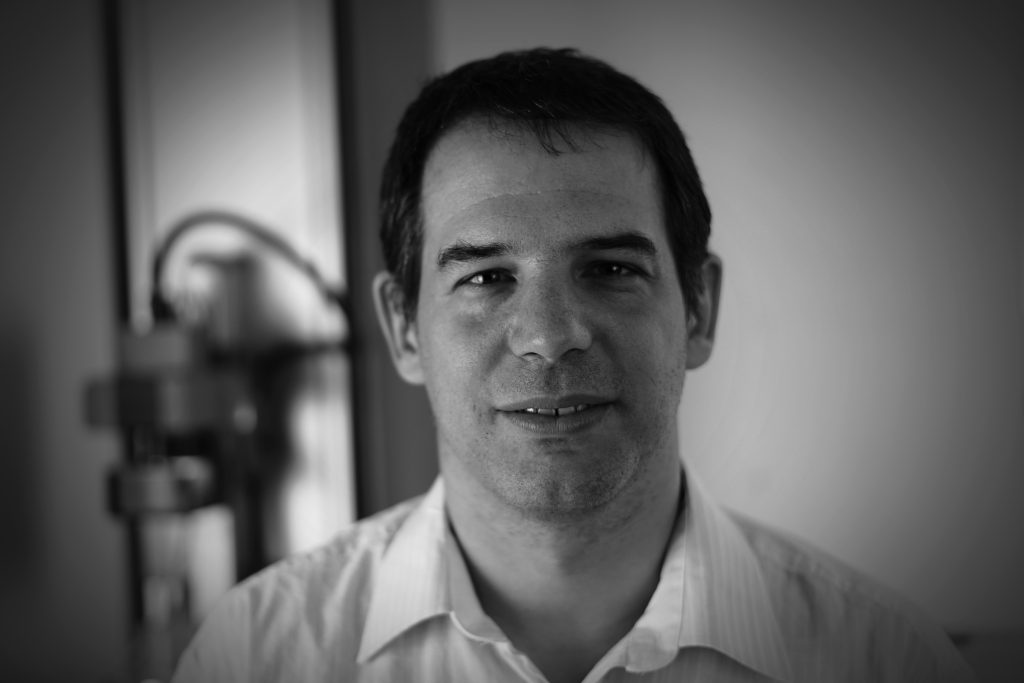 Szabolcs Kautny holds a MSc degree in Engineering Physics and an MS Degree in Electrical Engineering, both from the Technical University Budapest. Dr. Kautny has published several scientific papers and he is the inventor of several international patents. He is also a co-owner of Optimal Optik, where he works as a leading instrument designer since 2005. At DLC Imaging, he will work as our Hardware Design Engineer, offering his great expertise in instrument design and inventions to the perfect development of ViROSCOPE Project. 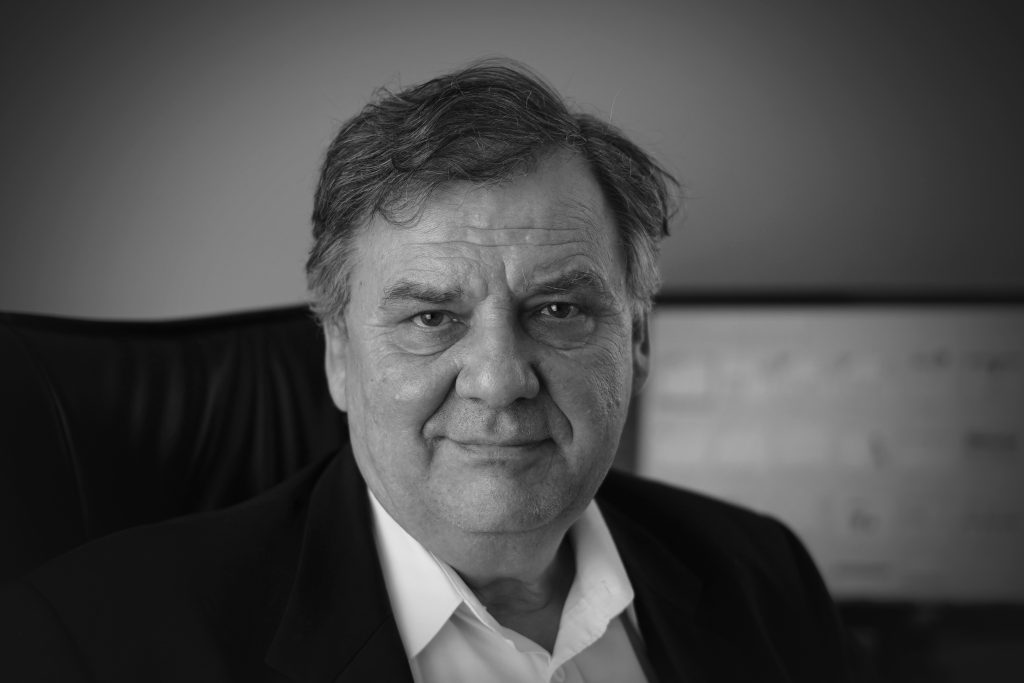 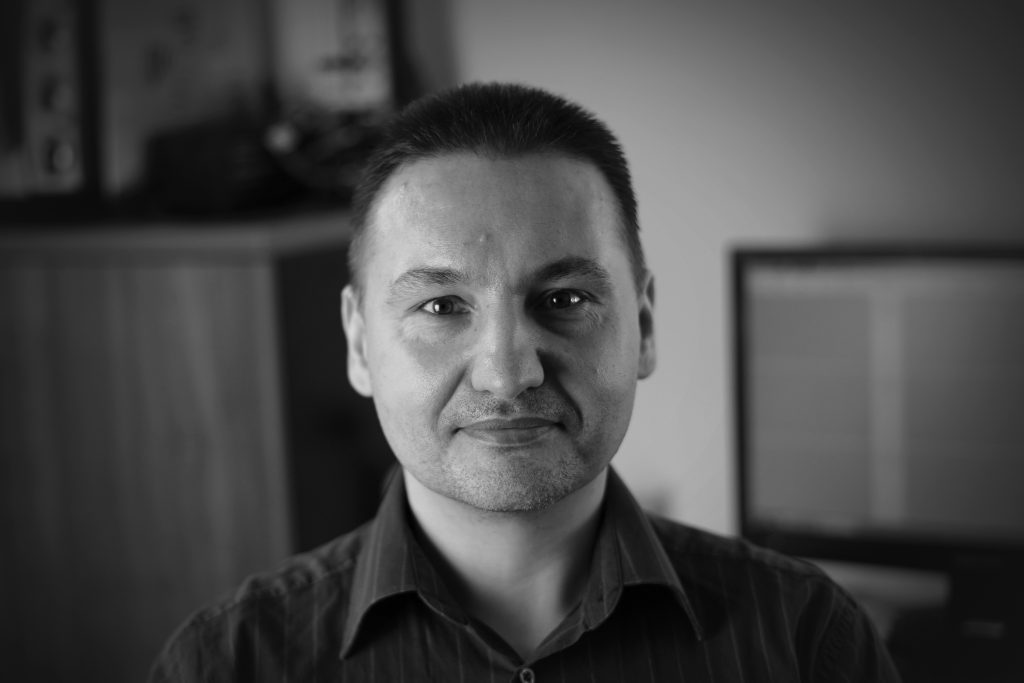 Doctor of veterinary medicine, with PhD in microbiology and infectious diseases. Also an Honorary Professor of University of Veterinary Science, Budapest. Ákos works as Head of Virology Lab, at the National Food Chain Safety Office, Veterinary Diagnostic Directorate at Budapest, Hungary. As a professional he and his lab is also involved in providing official control over the animal pharma industries` vaccine products.

He is also a lecturer of virology at the University of Veterinary Science, Budapest and former head of the Virology Lab in the Central Veterinary Diagnostic Institute, Budapest, Hungary. Ákos has more than 35 years of experience on the field of diagnosis and prevention of viral diseases and also as a lecturer.

Concerning DLC Imaging Dr. Hornyák will apply his extensive knowledge in the field of applied virology and vaccine production methodology and control, as he overseas the vaccine production of animal pharmaceutical companies from the point of view of the authorities. Based on his 3 decades` experience on diagnostics he will also have major input in developing the automated image recognition algorithms for the detection of viral effects used in the Viroscopes. By his input the objective diagnostic data provided by the Viroscopes will be further improved and validated.